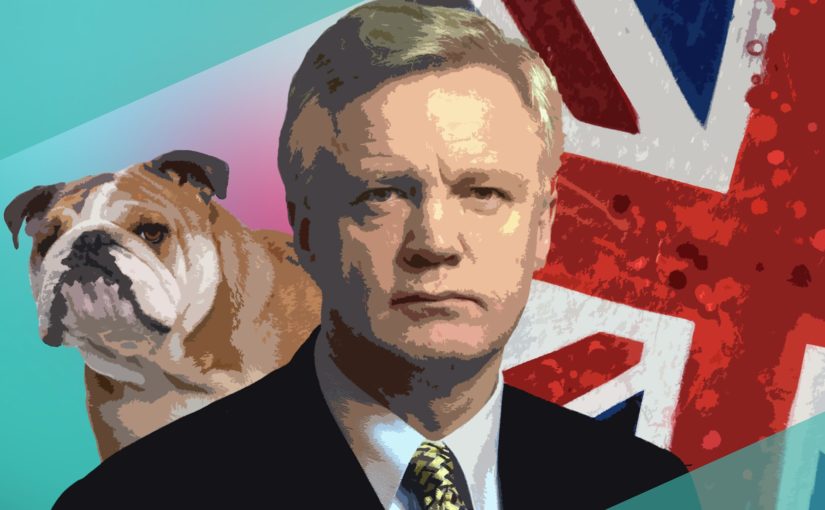 Now that a Leave vote is looking a real possibility, I thought it was worth writing down what I think is likely to happen if they win, since there has been a lot of exaggeration on both sides, as well as significant misinformation from the Leave camp. Of course, the actual outcome is essentially unpredictable, because it depends heavily on a long series of choices by both sides in any subsequent negotiation.

The one thing that is absolutely clear is that there is a zero prospect of it working out how the Leave campaign has promised, because their policies and promises are in conflict with each other.

Farage did at one earlier time say that the Norwegian deal would be acceptable, and a French minister today has said that that would be the only offer on the table if Leave win.  For the EU to offer any other deal would require the renegotiation of the Norway and Switzerland agreements, for why would they accept anything less than the UK?

What exactly is the Norwegian deal?  In brief, return for open access to the single market, Norway agrees to the following:

Norway also accepts the rulings of the European Court of Human Rights. The ECHR isn’t actually an EU body, but it’s worth mentioning, since some Leave campaigners seem to think that leaving the EU would change the UK’s position re the ECHR, which is not the case.

So, accepting the Norway deal for the UK would probably have very little impact on the UK economy, and wouldn’t have the dire economic effects that the Remain campaign have predicted.  But it also wouldn’t achieve any of the aims of the Leave campaign.

After rebalancing what the UK pays and receives there would be no or very little extra money to spend on the NHS, though there might be a (very) small saving from the cost of (no longer) running any European Parliament elections.

There would be no relief from any of the rules or regulations that people object to – in fact, the impact of the rules would potentially be greater in future, since the UK would no longer have a vote on any of them, let alone the veto on many major decisions that the UK has as an EU member.

There would be no impact at all on immigration. In fact, Norway and Switzerland are both members of the Schengen passport-free travel area, so have less control over their borders than the UK does.

So, all in all the Norway deal would make almost no difference to the daily lives of UK citizens, which would no doubt come as a complete surprise to those who thought that they were voting for change in these things.

The Norway deal would therefore clearly be unacceptable to the Leave camp, whatever they might have said.

Leave campaigners have suggested that a different deal might be available because manufacturers in other European countries sell much more to us than we sell to them. However, there would also be benefits to European manufacturers from the UK being excluded from the single market, since UK manufactured goods (eg Nissan and Toyota cars) would be more expensive, while many exporters of luxury and high-quality goods to the UK – BMW, for example – might well be of the opinion that UK buyers won’t be put off by a customs tariff that put prices up by a few percent. Pro-Leave economists have said that the future UK economy could be better in an open free-trade environment: but that won’t happen unless everyone else – and particularly the rest of the EU – agree to that happening.

So, to do any of the things the Leave campaign have promised would almost certainly also leave us outside the single market. Then things do indeed change.

Some Leave campaigners have suggested that it wouldn’t matter if we didn’t have access to the single market because, quote: “we’d still have access to the rest of the world market, which is many, many times bigger.” The EU is about one-sixth of world GDP, so it’s just five times as big – and we already sell as much to them as they currently want to buy. The USA (another sixth of the world) has made it clear that the UK would be “back of the queue” for any new trade deal  and any new deal would be negotiated from a much weaker position on our own than as a member of the EU.

A large number of employers in manufacturing and finance have said that their current levels of employment and expenditure in the UK are dependent on access to the single market. Others have reserved their position, but have also made it clear that they would have to reconsider their future in the event of a Leave vote. No-one at all has said that they would increase employment and investment in the UK if we Leave.

Controls on immigration can only be effectively implemented if every EU citizen has to apply to enter the UK. This would potentially deter many tourists, let alone other visitors, who would find it much easier to go elsewhere in Europe. Since it’s hard to imagine France accepting visas for French people to visit London without reciprocating, perhaps all of us would have to apply (and pay) for visas to visit France – and Spain, Greece, Germany, etc? There would also likely be much stronger rules (and taxes?) applied to UK citizens who own European property. I don’t recall any Leave campaigner mentioning this potential outcome.

All forecasts are guesses, but the one thing that all forecasts of the impact of the UK leaving the single market (as opposed to leaving the EU and remaining in the single market) have in common is that they are very negative. The UK economy, employment and public finances will all be very much weaker. In that case, we probably won’t need new rules on immigration, because no-one who wants a job and a better life will want to come here.

Whenever high taxes on the super-rich are up for discussion, we frequently hear the argument (usually from the super-rich or their friends!) that this will result in a devastating loss of talent and investment as these individuals flee the country. But is this really going to happen? And, if some do leave, will it really have serious consequences for the economy? I don’t think so – here’s why …

END_OF_DOCUMENT_TOKEN_TO_BE_REPLACED

A quarter or two where the GDP manages a dribble of growth isn’t “out of recession”. If I’m right about the likely oil price reaction to any sustained return to growth, we possibly never will be.

END_OF_DOCUMENT_TOKEN_TO_BE_REPLACED

“If you give me $1, I promise to give you 15¢”. The SMH can’t understand why people aren’t taking up this outstanding offer. I think I can …

END_OF_DOCUMENT_TOKEN_TO_BE_REPLACED

Back in February, I wrote that “oil prices will continue to rise until they have suppressed demand back to match supply”, and forecast a headline barrel price of $120 in June and $145 at year end. Now it’s June and $139.69, what’s next?

END_OF_DOCUMENT_TOKEN_TO_BE_REPLACED

Robert Manne’s collection Dear Mr Rudd: Ideas for a Better Australia covers some interesting ground, if relatively superficially (or “readable”, according to the blurb). But what I find more interesting is what it doesn’t cover.

END_OF_DOCUMENT_TOKEN_TO_BE_REPLACED

I’m interested by the claim repeated in numerous news analyses that “investors are buying oil to hedge against the sliding greenback” – it seems to me to be a tad more significant that world oil demand has exceeded world oil supply for the last several months, and looks like doing so for at least the rest of this year. My forecasts for year end 2008: $145 barrel; A$1=US$1; ULP at $1.87 per litre. Enjoy.

END_OF_DOCUMENT_TOKEN_TO_BE_REPLACED

“Australians should be proud of what we are achieving at home to meet the climate change challenge” Alexander Downer in the Age this morning. Is he right? UPDATE: CSIRO and BoM report on the future for Australia

END_OF_DOCUMENT_TOKEN_TO_BE_REPLACED

On Webdiary we’ve gone round the the Peak Oil loop more than a few times over the last few years (eg here). A new point of interest has arisen over this week: for the first time in the last few years the oil futures price has come out of its persistent state of contango as it rose back over USD75. What does this mean? Well, the short answer is, for the first time in a long while, oil futures dealers are not on balance convinced that the next move in the oil price is necessarily up.